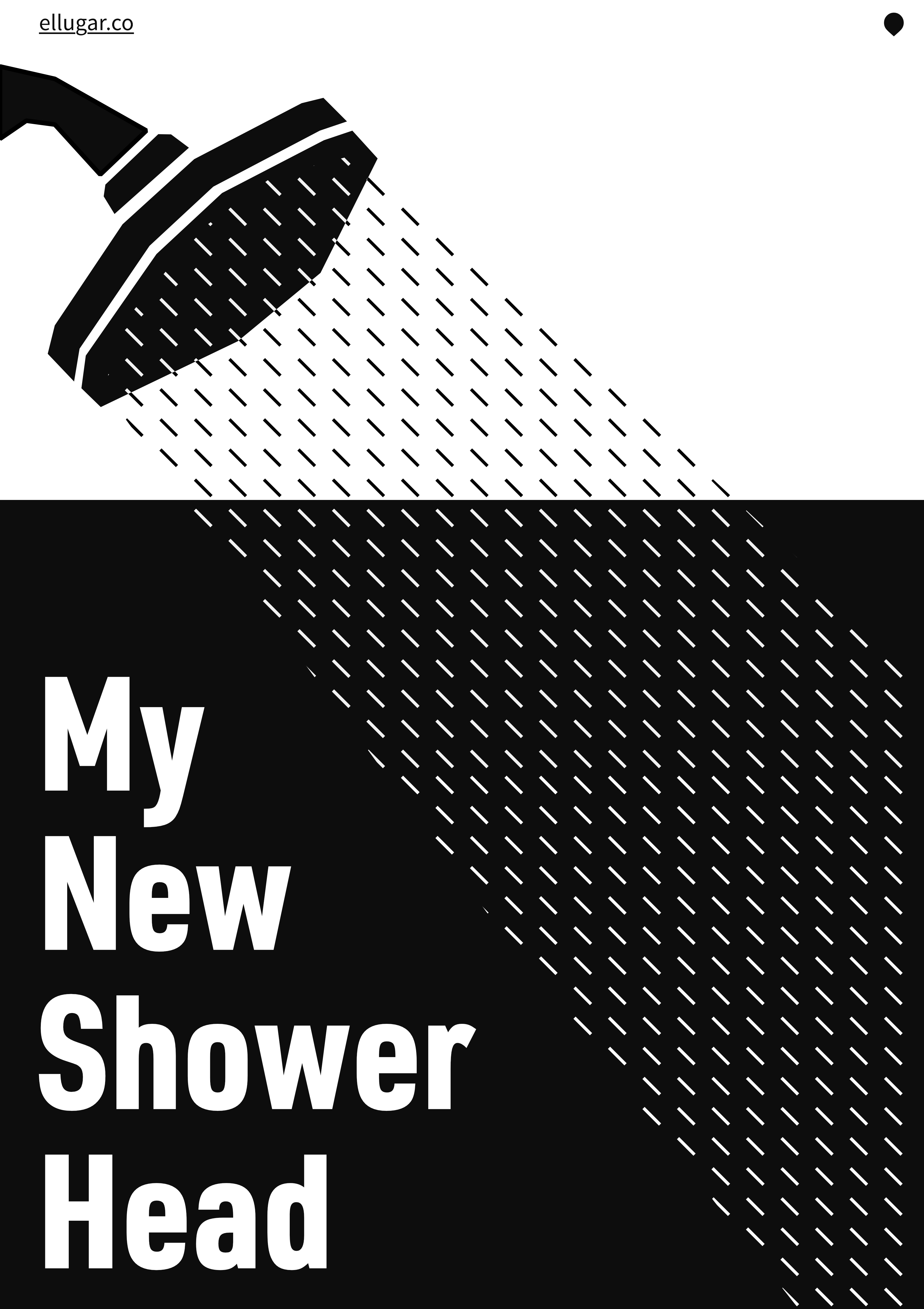 Today’s the day of my new shower head. I don't know what to do. Maybe it's time to try new things, like using the shampoo at the beginning for example. I have showered with enough people now to know that it is not normal to use shampoo at the end of the shower*.* I understand why you should put it first, it makes all the sense in the world, but that's not how I was taught.

When you do something since you are a kid, you don't question it, specially not this. I'm in my shower, this is how I shower, who is going to challenge that? I kind of want to stay that way, I like to think it's a nice quirk.

I have been in the shower for at least 5 minutes now, head resting on the wall, water pouring on my back. This feels so good. I needed this, I needed a new shower. I kind of miss the old one though. It was all sad, looking down, unable to keep its head up, thin streams of water coming out and the small holes getting blocked all the time. It made me feel better about myself, hey, at least I'm better than that old shower head.

When the shower clogged, I would punch it, punch it right in middle, then I would find small salt rocks hiding in my body, like a shitty present as an apology. I felt good for being able to find them, being angry with something.

I'm not a violent person, the only thing I have punched is my old shower head. I wish I was one of those people who think violence can solve anything, just punch it right in the middle and would get it fixes. Of course my shower broke, and now I'm with this new one, it has been 10 minutes and I haven't moved, it hasn't clogged.

Put that shampoo bottle down you dummy, you already used it remember, right at the beginning of all this, you already did it right. I feel bad, why? Is it because I used the shampoo first, do I miss my old shower that bad? It was old, it was bad, but maybe I deserved it. I don't feel like I deserve this new shower head, with its system to unclog itself. I can't punch it, why would I? It works perfectly.